First I want to say my condolences and prayers go out for the families who lost loved ones in the wake of the Oklahoma City tornado disaster. This is heart wrenching. I am truly sorry for everyone who is suffering from this natural disaster.

Now this was not a typical tornado. The magnitude of this twister is currently listed as EF5 meaning the winds are believed to be 160 to 210 miles per hour and the diameter is approximately 2 miles wide at its widest point. It was simply large and powerful. I have spent quite a bit of time looking at pictures of the destruction and I can not imagine being a witness to this. One thing I have noticed was how the professionals recognized the magnitude of this particular event and how their warnings took a more dire tone. As pointed out near the end of this video the weather reporter was telling people to get away as fast as they could. Not to shelter in place in the interior rooms of buildings but rather to go underground into storm shelters or to simply flee.

Visit NBCNews.com for breaking news, world news, and news about the economy

I wont try to pretend that I understand all the dynamics of all tornadoes and how we should react to them but I have to wonder why did so many people lose their lives? The first warnings went out 16 minutes before the first reports of the tornado actually touching down. The tornado ravaged a strip of Oklahoma for 40 minutes and traveled 20 miles so even though the wind was an ungodly 200 miles per hour the tornado moved along at 30 miles an hour. I am left wondering why. Why, with all of our best weather reporting data, why with our NOAA radio system in place, why with so many instant notification media avenues available did some (I repeat, some)  people do nothing until the last moment or not at all? Lives were lost as a direct result of inaction. It is an ugly thing to think about but the result of failure to do something is even uglier.

I want to be clear about something. I am not judging others. I am observing them and trying to learn. We have got to restore the mentality of prevention and preparation. We need to foster the desire to take action and do something. People died because a tornado in tornado alley during tornado season waltzed toward them at the speed of a car in normal traffic and they failed to get out of the way FOR 40 MINUTES!

This is one reason why we are bringing back Steven Harris in coming issues of Breaking Urban Ground Magazine. Steven is perhaps the nations leading source for emergency preparedness information. Not zombie stuff or UFO stuff but rather real world, tornado, power failure, hurricane, earthquake preparedness. I was planning an interview with him about very simple emergency foods to make when power goes out and we will still do that in a future issue. But I because I intend to introduce those who are learning to the experts around us who are teaching I want to address the complacency that is too often exhibited and the agony it fosters at times like this. These are times when we should be leading our neighbors to safety instead of sharing in their misery. Moving friends away from danger instead of watching it bring them to an untimely end.

Spring is coming. The greys of winter will depart and the greens of spring will appear and with that some turbulent weather is sure to make an appearance. For some it can be tornadoes. For others hail and freezing or heavy rain. High wind is possible. Power outages are a given in many areas and possible in all areas. This is a good time to make sure you have the necessary gear and mindset to make these issues safer, more manageable and hopefully, barring structure damage, nothing more than an inconvenience.

I know some people don’t prepare at all (you know who you are). Perhaps because it appears to be overwhelming. So I found some information that is neat and clean and categorizes preparations into specific issues you might face.

Click here to visit Top Emergency Preparedness. Take one step to prepare for spring weather. Then take one more. 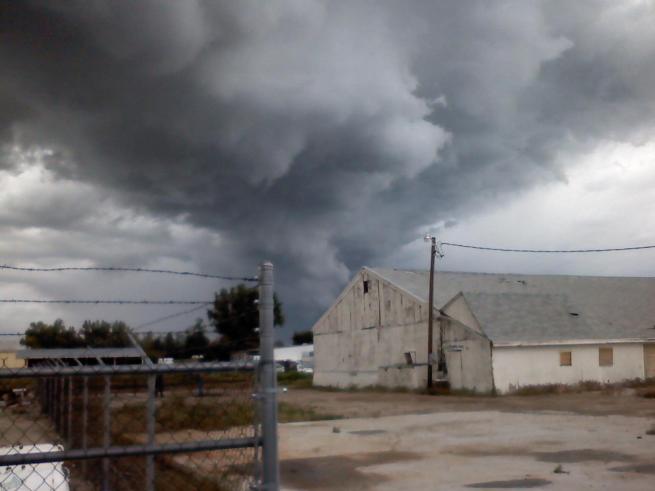 brought to you by the National Center for Home Food Preservation, hosted by the University of Georgia ®

A Place at the Table

Food, farms, recipes and resources from a tiny Brooklyn kitchen

Because less is better and natural is best.

Simple life on a little piece of land.

Digging up a new way of living.

Where Underground Doesn't Have to Mean Small

PLANT WHAT YOU WANT TO HARVEST

The latest news on WordPress.com and the WordPress community.